By AFP For Citizen Digital

Wanuri Kahiu and two of her cast members were treating to a rousing welcome when their controversial Rafiki film featured at the Cannes Festival.

The girls all clad in white, could not hide their emotions as delegates feted them for their movie that has been banned from showing in Kenya.

A teary-eyed Wanuri, smiling at the audience while clutching onto her two friends, was seemingly in awe of the historic moment. It is the first Kenyan feature film to be selected for the festival in France.

AFP termed her as remarkably cheerful for someone who went from national hero to being accused of corrupting Kenyan youth in little over a week.

At first, the head of the Kenyan Film Classification Board, Ezekiel Mutua, “went on air to say great things about it”, Kahiu told AFP just before its Cannes premiere.

But a few days later the self-styled “fervent moral crusader” changed his mind, banning the bubblegum teenage romance for its “happy ending” and for showing “the resilience of youngsters involved in lesbianism”.

Daring to show the film in her conservative home country, where LGBT people can face long prison sentences, could land the director in jail.

However, a defiant Kahiu is on a mission to change Africa’s image. “Rafiki”, with its skateboarding- and music-obsessed heroines, could be set almost anywhere in the world.

“Africa is always depicted as a place with lots of pain, suffering, war and disease,” said the 37-year-old.

“Our ambition is to make sure the image of Africa is also fun, joyous and full of hope. Afro bubblegum’ is a genre we just invented — it’s fun, fierce and frivolous work coming from Africa,” she declared, with a smile that could stop traffic.

“Unfortunately not enough people know about the way people live in modern Africa. Usually when you see Africans you see them in villages carrying water on their head. I have never carried water on my head in my life,” she laughed.

“We want to celebrate African urban pop culture,” she said. Kahiu’s optimism extends to her own film, convinced that one day the ban in her homeland will be lifted.

“We have experienced films and books being banned in the past and now they are absolutely available in Kenya. Sometimes art comes out from exile.”

Despite homosexuality being a massive taboo subject in most of Africa, Kahiu insisted she never meant to cause a scandal. “We know we live in a conservative society,” she said, “and we had hoped for an 18 rating even if the film is quite tame.

“The love scenes are actually cute, they are fumbling and naive, they don’t even take off their clothes. The girls would not know what to do. It was about their innocence,” she said.

Kahiu said she did not set out to make a lesbian movie. “We just wanted to make a love story and the one that stood out the most” was the “Jumbula Tree”, a short story about the Ugandan Monica Arac de Nyeko — “just because it is such a beautiful coming-of-age story.

“The other stories I was reading at the time were not as soft and kind,” she added. The director even sees the positive side of the controversy kicked up by the film selected for Cannes’ Un Certain Regard section.

“We’re having a conversation not only about the LGBT community but also about freedom of expression and the right for artists to express themselves.”

Africa may have its problems, she argued, but “its history is also full of joy and fun, but we don’t hear about it. Think about the music and the way we dance. That cannot only be the result of suffering,” she said.

Kahiu believes that her job as a young African film director is “the promotion of joy. But even that got us into trouble making this film because they asked us to change the ending because they thought it was too hopeful. They said it wasn’t remorseful enough. But it’s important to fight for joy.”

While the Cannes film festival has been dominated by the debate over the lack of female directors, Kahiu said Kenya was ahead of the game.

“We have as many female directors as male directors because women have always been the primary storytellers, keeping children busy as they cook and making sure that they go to sleep. Women have been the holders of stories.”

But the #MeToo movement was also shaking Africa, she said. “It impacts Kenyan women in the same way that it does all over the world,” she said.

They were particularly roused by “Black Panther” star Lupita Nyong’o speaking out about being harassed by Harvey Weinstein. “The moment you see any woman stand up and speak out you know she has power,” Kahiu said. 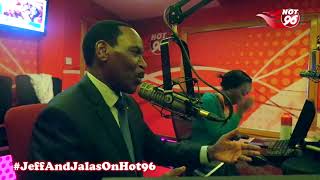 Story By AFP More by this author