By Faizal Ahmed For Citizen Digital

Activist Okiya Omtata now wants the National Treasury barred from executing the 2021/22 financial budget on what he terms as violation of the constitution.

In his suit papers, Omtata argues that the Treasury has exceeded debt limits set in the Budget Policy Statement.

Presenting the 2021/22 Financial Year budget in Parliament last week, National Treasury Cabinet Secretary Ukur Yatani went through the paces, giving hope to Kenyans amid a sea of disillusionment over the state of the economy and the burden associated with the Ksh.3.6 trillion spending plan.

But days later, Omtata now says the National Treasury went beyond its mandate in presenting the budget. In the petition, the activist says Yatani presented only a Ksh.3.023 trillion budget in his policy statement that was also approved by the National Assembly.

Omtata insists that the National Treasury violated the Constitution by exercising powers it doesn’t have in legislative matters, voided the authority and mandate of Parliament, disparaged and disregarded public views and deviated from ceiling set in the Budget Policy Statement.

He adds that the proposed budget of Ksh.3.6 trillion is therefore unrealistic and unreasonable based on what Kenyans and Parliament said and approved during Budget Policy Statement making process.

In his statement to Parliament, Yatani however said the budget was estimated at Ksh.3.03 trillion with a debt redemption of Ksh.608 million. The figure Omtata is disputing.

Further Omtata argues that the National Treasury has violated section 15(2)(a) of the Public Finance Management Act allocating a development budget which is less than 30% of the total budget.

The National Assembly is expected to debate the budget proposals over the next few days under the Appropriation Bill to operationalize the spending in the 2021/22 Financial Year. 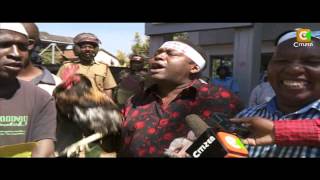 Story By Faizal Ahmed More by this author