By Gikunga Kariuki For Citizen Digital

Kikuyu Elders from Kikuyu Sub-County in Kiambu County on Friday spent the day cleansing a mugumo tree that was mistakenly pruned by the EGM Kinoo Primary School’s board and used for firewood in Kinoo area.

According to Agikuyu tradition, a mugumo tree, especially one that has been used as a shrine, must not be cut or pruned by anybody except by Agikuyu elders who have been ordained to serve and blessed to perform the ceremony.

In this case, the mugumo tree was used by the forefathers to offer sacrifices to their God. The school was then built on the ground where the tree stood, and as the tree grew bigger, its branches fell on the roofs classrooms, which led to the school pruning it.

The elders ordered the school to remove the three classes from the shrine to avoid any danger saying that the mugumo tree must be fenced.

The ceremony was conducted early morning before noon where a sheep of one colour was slaughtered and burnt in a fire that was lit using dry branches from the mugumo tree and the smoke allowed to go up to the sky to intercede for those who cut the tree.

The Agachiku of the Kinoo clan (Agachiku a mbari ya Kinoo) who are the owners of the tree and are responsible for its maintenance catered for the cost of the ceremony and waited outside as the rites were being performed so as to receive forgiveness.

The ceremony took five hours and was completed after prayers for forgiveness for those who cut the tree and others involved. 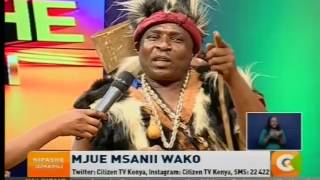 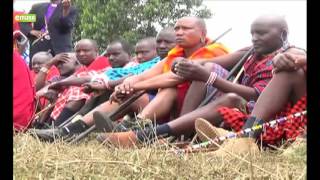 Story By Gikunga Kariuki More by this author