By Dennis Otieno For Citizen Digital

Telkom Kenya Limited and Airtel Networks Kenya Limited on Friday announced the signing of an agreement to merge their respective Mobile, Enterprise and Carrier Services businesses in Kenya.

The announcement of the merger plan marks the culmination of prolonged negotiations which began early last year.

The proposed consolidation between Telkom and Airtel is expected to give the two companies more muscle and improve their overall market share in the telecommunications industry.

The new outfit to be named Airtel-Telkom, will operate under a joint venture as the two merge their respective mobile, enterprise and Carrier services business in Kenya. The deal will however not affect Telkom Kenya’s real estate portfolio and specific government services.

The joint venture company will be chaired by Telkom’s CEO Mugo Kibati while Airtel’s Prasanta Sarma will be appointed the company’s CEO.

“As per the agreement, both the partners will combine their operations in Kenya and establish an entity with enhanced scale and efficiency, larger distribution network and strategic brand presence, thereby enhancing the range and quality of products and service offerings in the market, and greater choice and convenience to the consumer,” read a statement sent to newsrooms.

This, the companies announced, will be done once the deal gets the green light by the relevant authorities.

Both companies have been pushing for Safaricom to be declared dominant in a bid to ensure fairness in competition.

His ICT counterpart Joe Mucheru was also hopeful of the introduction of new technologies and products.

“Such mergers have had positive impact on the development of the sector and service levels to consumers in other markets. Similarly, we look forward to this merger leading to the introduction of new technologies and telecommunication products which will, in turn, support the growth of other business sectors of our economy,” said CS Mucheru. 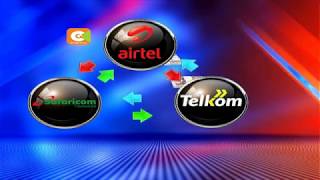 Story By Dennis Otieno More by this author