Blow to Mary Wambui as court suspends appointment to NEA Board

A court in Nairobi has suspended the appointment of ex-Othaya MP Mary Wambui as National Employment Authority chairperson.

This follows a petition by the Kenya Young Parliamentarians Association which opines that Mary Wambui is not qualified under the law, policy and best practice.

“That the 3rd respondent (Wambui) has on several occasions personally admitted that she possesses a limited educational background which for all intents and purposes makes her unqualified and unsuitable to conduct the affairs of the chairperson of National Employment Authority in light of the specialist academic and professional requirements that were intended to be possessed by the chairperson of the said authority,” the petition reads.

The petitioner further alleged that Wambui does not hold neither has held any of the qualifications or their equivalent as required by the said Act in order to qualify as a certified Human Resource professional.

“THAT impending catastrophe of the impugned Gazette Notice can only be arrested by declaring it unconstitutional,” the petitioner adds.

They further argued that the authority assigned to a State Officer is public trust and should be exercised in a manner that is constitutional.

According to them, it should also demonstrate respect for the people, bring honor to the nation and dignity to the office and promotes public confidence in the integrity of the office.

Mary Wambui was appointed through a Gazette notice dated October 14, 2019.

Sakaja is one of the lawmakers behind the Bill that brought the authority into existence three years ago.

According to him, many young Kenyans who have distinguished themselves in the industry, even to the level of the International Labour Organizaiton (ILO), are better qualified.

On Wednesday, Labour Court Judge Hellen Wasilwa said the suspension will stay in force pending the hearing and determination of the case before court. 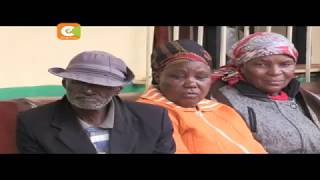