The Court of Appeal will determine a suit filed by Bia Tosha against East African Breweries Limited on July 10 this year.

A three-judge bench comprising justices Martha Koome, Hannah Okwengu and Jamillah Mohammed set the date in a case where Bia Tosha sued EABL over a beer distribution contract on 22 routes in Nairobi.

In the matter, Bia Tosha wants the court to bar Kenya Breweries from appointing other distributors and refund a cumulative Ksh.38 million in goodwill paid over the last 10 years for exclusive distribution rights; a demand EABL opposes.

EABL, on the other hand, maintains that it had the right to appoint other distributors to serve the 22 routes, arguing that Bia Tosha had failed to sufficiently supply them.

Kenya Breweries, however, avers that the said contract with distributors is restricted and that any dispute should first go through mediation and arbitration.

In 2017, the Supreme Court referred the case between Bia Tosha and KBL back to the Court of Appeal ruling that it has no jurisdiction to hear the application by Bia Tosha seeking to have the KBL managers held in contempt of court.

Bia Tosha, a distribution company, had moved to the Supreme Court saying its application to have EABL bosses punished for contempt of court should be heard first before the main appeal.

Blow to Keroche distributors in beer bottle fight with EABL

Supreme Court refers battle between Bia Tosha, KBL back to Court of Appeal 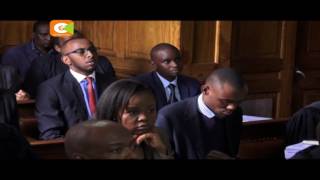