CS Amina Mohamed among 96 advocates admitted to the Bar

Amb. Amina Mohamed, the Cabinet Secretary Sports Culture and Heritage, has been given the official nod to practice law in Kenya.

Chief Justice David Maraga presided over the ceremony on Friday.

“On the second day of admissions today, I presided over the admission of another 96 advocates, among them CS Amina Mohamed, bringing the total to 198 new members who have joined the Bar. My hearty congratulations!” the Chief Justice said.

Amb. Mohamed studied law at the University of Kiev in Ukraine where earned a Master of Laws (LLM) in International Law.

She later obtained a Postgraduate Diploma (PGDip) in International Relations from the University of Oxford. Through a Fellowship at the United Nations Institute for Training and Research (UNITAR), she also followed several training courses on international law, a statement on Sports Ministry website reads.

She has previously served as Cabinet Secretary for Education; Cabinet Secretary for Foreign Affairs; Secretary of the Ministry of Justice and the UN; Chairperson of the WTO General Council; Ambassador and Permanent Representative for the Kenya diplomatic mission in Geneva; Legal Adviser in Kenya’s Ministry of Foreign Affairs and Legal Adviser to the Kenyan delegation at the UN Security Council.

On Friday, a section of Kenyans took to Twitter to send congratulatory messages to Amb. Amina Mohamed following her admission to the Bar.

Congratulations @AMB_A_Mohammed on your admission to the bar. Finally, after 7 years since you were gazetted for admission, we finally freed up a morning for you. Thank you for delaying your personal accomplishments for the good of the country. We are all supremely proud of you! pic.twitter.com/2IYSEgW5F5

Previous Post
The US, Brazil and others lifted lockdowns early. These charts show just how deadly that decision was
Next Post
Waiguru peace talks with Kirinyaga MCAs: Ex-KRA boss Njiraini among 7 proposed to mediate 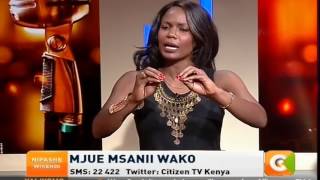 CSs Amina, Nkaissery summoned by MPs over repatriation of refugees