By Sam Ogina For Citizen Digital

Former Chief Justice Willy Mutunga has now waded into the Executives vs Judiciary controversy with a stinging letter to the president accusing him of violating the constitution.

Mutunga says the president has acted in bad faith since he did not present to the JSC, his alleged misgivings about the nominees before they were cleared.

The former Chief Justice saying “ Nothing in the oath of the Office of the President says, I will obey and protect only those aspects of the constitution that I find convenient and self- fulfilling, so help me God”,

Mutunga who has not shied away from commenting on Public Affairs since his retirement in 2016, insisting that the president did not have a choice but to obey the constitution.

“If any Public Officer does not like the powers the constitution donates to them, or find the exercising of those powers annoyingly inconvenient, then they have no business continuing to occupy those offices,” the no-holds -barred letter says in part.

In rejecting the appointment of the six judges, the president suggested that they had failed to meet the required threshold, amid reports of intelligence briefs that allegedly raised integrity questions about them.

Mutunga however says the Head of State acted in bad faith, making reference to a similar stand-off in 2015, when the JSC and the president openly discussed the issue and agreed on a framework.

Under this framework agreement, if the president had any adverse reports on any shortlisted candidates for judgeship, he both in his privileged position as Head of State, and as a citizen of Kenya and a member of the public, would share that report with the JSC at the vetting stage and not later on in the recruitment process.

According to Mutunga, such reports or allegations would be put to the candidate for his or her response before the commission makes a determination on the suitability of that candidate.

The former chief justice claimed in the appointment of the 41 judges, President Kenyatta did not present any adverse reports at the appropriate time, this leaving the JSC with no option but to make recommendations for appointment.

He described the president’s action in the matter as “being beneath the dignity of that high office of the presidency that he holds”.

The controversy continues to rage amid a growing silence from the Judicial Service Commission, which forwarded the names to the president in the first place and is now reported to be in possession of the president’s memo regarding the rejected nominees.

The advocate is demanding to know who authorized the swearing in of the partial list of judges.

He also wants the Chief Justice to avail copies of invitation letters to the nominee judges, the Chief jJstice and any other Judicial officer in the swearing in ceremony.

Citing the Constitution and the Right to Information Act, Mboya is also demanding any minutes of meetings the JSC may have held, authorizing participation in the swearing in ceremony of the nominee Judges and whether JSC was consulted prior to the swearing in of the said judges.

Several cases are now pending before the courts seeking a way forward in the unprecedented constitutional standoff. 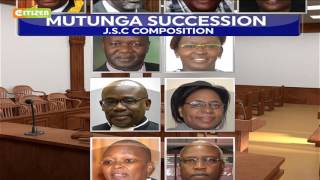 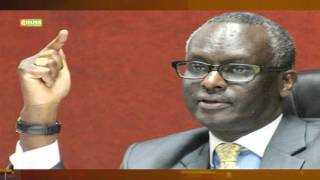 Story By Sam Ogina More by this author