Former Cabinet Minister Amos Kimunya has been set free after a court dismissed charges against him and others.

Magistrate Felix Kombo ruled that no prima facie case had been established against the accused persons and acquitted all the persons charged in court.

Kimunya had been charged with abuse of office and fraudulently disposing public land.

The former minister faced six counts of abuse of office.

He had been charged alongside Lillian Njenga (former director of land adjudication) and Junghae Wainaina (chairman of the board of Midlands Limited).

Kimunya In Court Over Land Fraud 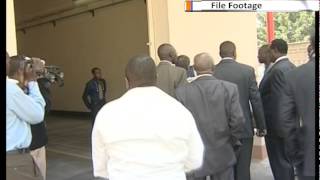