Has Madaraka Day lost its purpose?

As Kenya celebrates the 56th Madaraka Day on Saturday in Narok County, it brings to the attention of many how the self-seeking journey of liberty in lives of Kenyans has changed since the country attained internal self-rule from the British.

Madaraka is a day of reflection on how Kenya emancipated itself from colonial rule that had inflicted sufferings and suppression for over 68 years.

It reminds of how on June 1, 1963, our founding fathers attained self-rule and Jomo Kenyatta became the prime minister which deemed a new age with positive expectations marked with celebrations.

Today, more than half a century later, countrymen have developed a different perception about the national holiday.

It triggers critics as many are in question whether or not the nation is liberal. This is in line with the fact that it still lags behind in terms of governance and autonomy.

It leads to the main query as to if the country termed as a regional powerhouse has undergone a shift in euphoria or one of melancholy.

With most Kenyans not satisfied with the current state of the nation, the day in itself seems to have lost its purpose.

It raises concern how after such a long time, folks still question the internal self-rule.

A recent random interview by Citizen TV on what and when Madaraka Day is about rendered many citizens clueless.  Many showed displeasure due to the current state of the country.

“People aren’t concerned, it seems like a luxury thing and an off-day from work,” one interviewee said. ”I realized that it is a holiday when I watched the news,” he added.

Kenya today still witnesses the effect of full regimes and the solidification of multi-party democracy that formed tribal inclined parties which do not reflect on the unity of Kenyans.

Referred to as the elite’s agenda, it has crumbled the societal values and expectations of Kenyans on patriotism.

A recent act of unity displayed in the March 9, 2018 ‘handshake’ between conflicting leaders: President Uhuru Kenyatta and the former opposition leader, Raila Odinga was the dawn of hope for many freemen.

People expected the wrongs committed earlier would be rewritten. On the contrary, a political shift threatens the very fabric of Madaraka.

Kenya should strive to build a cohesive country by shunning social evils such as corruption in the management of public resources which has led to unemployment and high cost of living.

This menace still poisons the core roots and values in which we stand.

Video Of The Day: \'President’s decision caught me by no surprise, I feel relieved,\' Kiunjuri says after being fired 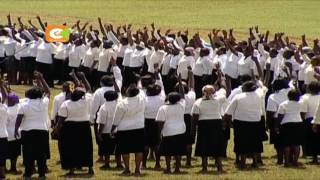 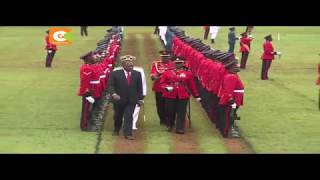