By Aly Abich For Citizen Digital

Photos shared on social media platforms showed the MCA seated on the floor clad only in a white vest and briefs.

The MCAs had earlier on disagreed on a motion to remove County Clerk Daniel Kaudo who is accused of abuse of office.

A section of MCA’s said the motion had not followed due procedure and wanted it withdrawn from the floor of the house.

Anyango then stood on a point of order and asked why Were, who is not a member of the Assembly Service Board, was moving the motion.

Anyango argued that the motion was supposed to be presented on the floor by an MCA who sits on the board.

MCAs Evance Marieba (Gwassi North), Walter Muok (Kanyadoto) and Paul Adika (Lambwe) stood up in support of Anyango and asked speaker Elizabeth Ayoo on why she did not allow members with differing opinions to speak.

The picketing MCAs then accused the speaker of favoritism and demanded that she be investigated for graft.

As Marieba as speaking, a group of MCAs went straight to Anyango where they boxed, kicked before stripped him off.

The legislative house was turned into a battlefield as different MCAs exchanged blows and kicks as some female members ululate.

During the fight, a group of MCAs in collaboration with sergeant at arms threw out Marieba,Anyango, Adika and Muok from the assembly.

Later, the speaker read a statement and suspend the four MCAs from attending the assembly for 15 days.

But speaking to journalists outside the assembly, the four MCAs vowed never to succumb to intimidation.

Marieba argued that conducts of the speaker and some MCAs who support her are the cause of chaos in the assembly.

Muok said they were opposing the removal of Kaudo because the matter was in court.

“The matter is in court and we’re not allowed as members to debate about it. We’ll not go down as members who disobey the law,” he said.

Adika and Anyango asked EACC to investigate Ayoo and some MCAs on grounds that they collude to embezzle funds in the assembly.

Anyango said they will not face the disciplinary committee and instead will bring a motion for impeaching Ayoo a fresh.

Anyango insisted he still the deputy speaker of the assembly. 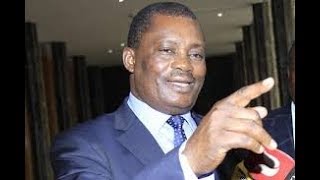 Story By Aly Abich More by this author