Iran on the spot for ordering drone attacks on oil pipeline. 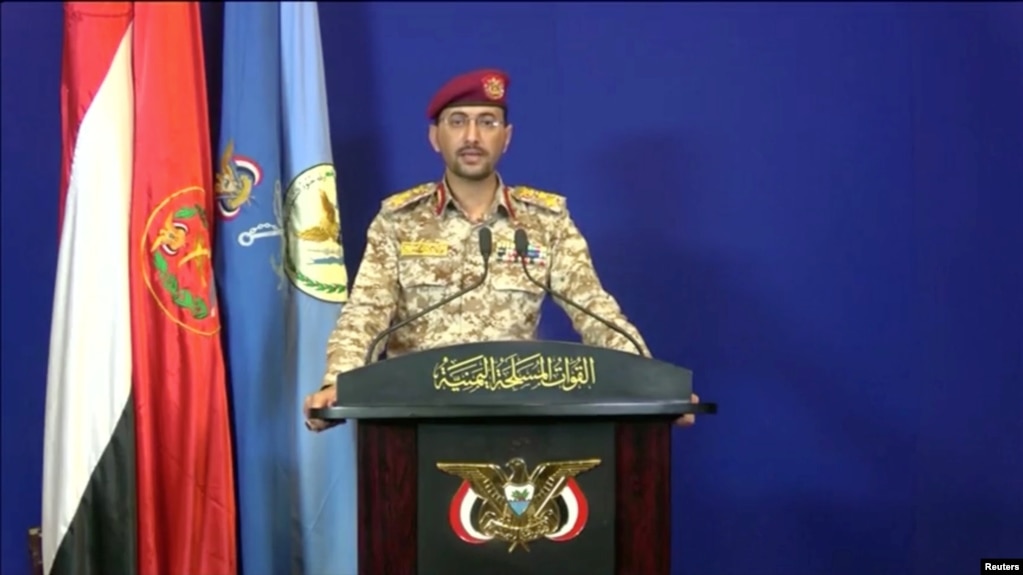 The attack “proves that these militias are merely a tool that Iran’s regime uses to implement its expansionist agenda,” tweeted Prince Khalid bin Salman, a son of King Salman.

“The terrorist acts, ordered by the regime in Tehran, and carried out by the Houthis, are tightening the noose around the ongoing political efforts.”

The Houthis, which have been battling a Saudi-led military coalition for four years, said they carried out Tuesday’s drone strikes against the East-West pipeline, which caused a fire but Riyadh said did not disrupt output or exports.

The head of the Houthis’ Supreme Revolutionary Committee denied that Iran directed the strike and said the movement manufactures its drones locally. Tehran also denies providing arms to the Houthis.

“We are not agents for anyone,” Mohammed Ali al-Houthi told Reuters. “We make decisions independently and do not take orders for drones or anything else.”

Other Saudi officials fired off similar tweets, ratcheting up pressure on the kingdom’s regional arch-enemy amid heightened tension between Washington and Tehran over sanctions and U.S. military presence in the Gulf.

“The Houthis are an integral part of the Revolutionary Guard forces of Iran and follow their orders, as proven by them targeting installations in the kingdom,” Minister of State for Foreign Affairs Adel al-Jubeir tweeted.

The ambassador to Yemen followed up, writing that the Houthis had “made Yemen a platform for Iranian terrorism against Yemenis and their interests, and a tool to attack Saudi Arabia.”

“Our point of view is that they must be hit hard,” said an Arab News editorial. “We call for a decisive, punitive reaction to what happened so that Iran knows that every single move they make will have consequences.”

The coalition, which receives arms and intelligence from Western nations, carried out air strikes on Thursday in and around Yemen’s capital Sanaa, which the Houthis control.

The drone attack happened two days after four vessels, including two Saudi oil tankers, were damaged by sabotage off the coast of the United Arab Emirates. The other ships were a Norwegian-registered oil products tanker and a UAE-flagged bunker barge.

The UAE has not blamed anyone for that incident, which is being investigated and from which Iran has distanced itself.

On Wednesday, Minister of State for Foreign Affairs Anwar Gargash said the UAE would show restraint and was committed to de-escalation. He declined to speculate about who was behind the attack near Fujairah emirate while the investigation was underway and due to be completed within days.

U.S. officials believe Iran encouraged the Houthis or Iraq-based Shi’ite militias to carry out the attack, two U.S. government sources have said. One source said Washington does not have evidence that Iranian personnel played any direct operational role.

U.N. Secretary General Antonio Guterres has condemned the attacks and called for “maximum restraint” by all sides.

The attacks took place against a backdrop of U.S.-Iranian tension following Washington’s decision this month to try to cut Tehran’s oil exports to zero and beef up its military presence in the Gulf in response to what it called Iranian threats.

Saudi Arabia and the UAE back the sanctions against Iran, a fellow OPEC producer but regional foe.

Tehran has called the U.S. military presence “a target” rather than a threat, and said it would not allow its oil exports to be halted.

Iran’s foreign minister has said “extremist individuals” in the U.S. government were pursuing dangerous policies and Tehran is not seeking confrontation.

After a meeting on Thursday, Kuwait’s parliament chief said ministers had discussed preparations for any potential state of war, and he called the coming period “dangerous” and “uncertain”.

One of Iran’s biggest navy ships sinks after catching fire