He has also revoked the appointment of Prof. Stephen Kiama as UoN Vice Chancellor pending consultation.

“Prof. Kiama will continue dispensing his duties as Deputy Vice Chancellor HUman Resource and Administration at the university,” Magoha said in a press release.

A Gazette noticed confirmed that Prof. Ojiambo will no longer serve as the Chairperson of the Council of the University of Nairobi.

Members of the council who have been kicked out include Flora Mtuweta Mighulo Maghanga, Jocelyn Marie Rarieya, Hassan Abdi Mohamud, Isaac Chebon Kiprop, and Kariuki Muchemi.

Prof. Isaac Meroka Mbeche has been appointed to the position of acting VC with immediate effect pending consultation.

The Education CS did not divulge his reasons for the revocation of Kiama’s appointment neither did he explain why the council had been dissolved.

Prof. Kiama had been appointed as the VC for the University of Nairobi on January 5 this year and was to serve for a period of five years.

UoN Council Chairperson Prof. Julia Ojiambo had made the announcement in a letter to university stakeholders.

The installation of the new VC had been scheduled to take place on January 21 at Taifa Hall within the University of Nairobi grounds.

Early this year, Prof. Gitahi was caught in the crossfire between the then Education CS Amina Mohammed and the University of Nairobi council.

Though the university council through chairperson had recommended him for the job, the CS opted for Prof. William Ogara.

The university however defied the CS and picked Prof. Gitahi to act in the position for six months.

Kevin Ochieng Obede: The moving story of the boy genius who ended up on the streets

Infighting at University of Nairobi over next VC spills over 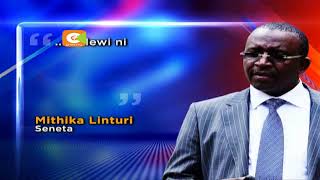