Man in court for masquerading as a High Court advocate

By Reuben Wanyama For Citizen Digital

A fake legal practitioner was on Thursday arraigned in a Kapsabet Court and charged with practicing without required qualifications.

David Ochola Ogege was accused that on different dates between January and December, he masqueraded as a lawyer and even addressed the court on several occasions, something he denied.

The accused was nabbed on Wednesday when he was representing the case of Rajab Mohamed before Magistrate Ezekiel Obina. When asked to introduce himself, he willfully lied to the court that he was a qualified advocate of the High Court attached a law firm in Kapsabet town.

The alleged impostor, who was dressed in a black suit, faced down throughout the short session that lasted about five minutes before he was whisked away to the holding cell.

Obina pleaded not guilty before Senior Resident Magistrate Caroline Watimah and was released on a cash bail of Ksh 30,000.

According to LSK Rift Valley Chapter, the suspect has been operating as David Ochola Ogege while representing clients in courts in Kapsabet and its environs.

Lawyer David Mongeri, the LSK chairman Rift Valley branch, said that Ogege’s name never existed in their records of licensed practicing lawyers in the region hence he is fake.

The accused, according to LSK, has been invoking the name of another lawyer in Nairobi and even using his personal registration number to convince clients and the society.

Before his arrest, former LSK chairman Kipkoech Ngetich said the accused had succeeded in duping innocent members of the public and representing them adorning in the paraphernalia of a legal practitioner in courts.

Police officers in civilian raided his office and found volumes of documents that included rubber stamps that he has been using to certify his documents. 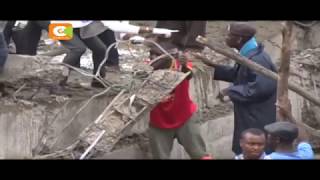 Story By Reuben Wanyama More by this author