Moldovans vote for new government amid talk of protests and poisoning

Moldovans will vote in an election on Sunday that is likely to produce a hung parliament, splitting the eastern European country between pro-Western and pro-Russian forces at a time when its relations with the European Union have soured.

The current government wants closer EU integration and warns of catastrophe if the country falls back into Russia’s sphere of influence. But corruption scandals and worries over the health of its democracy have tarnished the country’s image and weakened the appeal of the pro-Western political class.

Opinion polls suggest the opposition Socialist party, which favors closer ties to Moscow, will win most seats but fall short of a majority. The ruling pro-Western Democratic Party trails in second and an opposition bloc called ACUM, campaigning to fight entrenched corruption, is third.

The campaign has been dogged by controversy.

In the last few days alone, ACUM’s leaders claimed they were being poisoned on the orders of the authorities, which the Democratic Party swiftly dismissed as a “strange accusation”.

Igor Dodon, the Moldovan president and former Socialist party leader, has told his supporters to be ready for mass protests if the Democratic Party tried to cling on to power.

The EU forged a deal on closer trade and political ties with the ex-Soviet republic in 2014 but it has become increasingly critical of Chisinau’s track record on reforms.

One of Europe’s poorest countries, which is squeezed between Ukraine and EU member state Romania, Moldova plunged into crisis in 2014-2015 after $1 billion was pilfered from three banks.

The EU froze aid after a court struck down the victory in the Chisinau mayoral race of one of ACUM’s leaders, Andrei Nastase, on a technicality last year. The European Parliament declared it “a state captured by oligarchic interests”.

ACUM supporter Ion Ciobanu, who was visiting Chisinau from Belgium, said: “I live in Brussels but I follow the situation in my republic on the internet and my heart bleeds. Changes are absolutely necessary.”

“I also understand that Moldova’s image has lost quite a lot over the past few years, especially after the theft of the billion and the mayoral election last year,” Dodon said.

“Any political crisis will once again damage the image of the Republic of Moldova.” 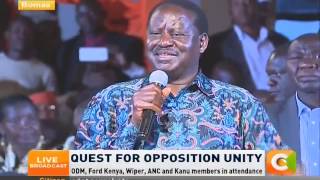 The COST OF STEALING the election is REGRETTABLE – Raila Odinga