Dagoretti North Member of Parliament (MP) Simba Arati and his South Mugirango counterpart Sylvanus Osoro have reconciled following an incident where they exchanged blows at a burial in Kisii County of February 1st this year.

Arati and Osoro shook hands on Friday in the same region and at a similar function as where they had clashed. The two were among leaders who were attending the burial of Bonchari MP Oroo Oyioka in Kisii.

Simba Arati regretted the altercation February 1st incident at the burial of the father of Kisii deputy governor Joash Maangi.

ODM leader Raila Odinga was present at the burial.

Here is the video: 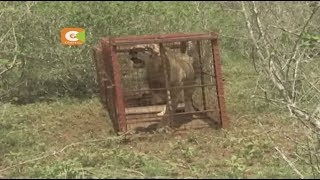