By Matthews Mutai For Citizen Digital

The government is set to complete construction of the multi-million shilling Nasukuta Meat Processing Factory at Chepareria in West Pokot, which had stalled due to lack of sufficient funds.

Speaking in Kapenguria, Agriculture Cabinet Secretary Willy Bett said the government would work hand in hand with the West Pokot County Government to see to it that the project is fully completed.

The CS was speaking Tuesday at the governor’s office after launching veterinary laboratory equipment worth Sh670,000.

“We are going to pull together our resources to ensure infrastructure development is completed to ensure the project starts running since it is now 95 per cent complete,” said the CS.

He added that the government is working on the modalities to source for external market for livestock products to improve income for farmers in the region.

The CS who was accompanied by the Principal Secretary for Livestock Dr Andrew Toimur said the laboratory equipment would help curb livestock diseases in pastoral areas.

He added that the government would partner with the county governments in ASAL areas to improve drought resilience programs in livestock to ensure value addition.

“We want farmers to get more from the venture and will ensure we improve extension services to farmers at the grassroots level,” said Bett.

West Pokot Governor Simon Kachapin thanked the national government for partnering with the county government to improve livestock services for farmers, adding that the equipment will greatly help in addressing animal diseases in the region citing it as a major challenge facing pastoral communities. 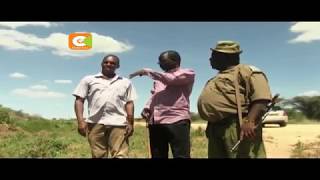 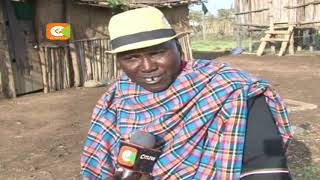 UNESCO to create geoparks in Baringo

Story By Matthews Mutai More by this author