A 28-year-old woman on Sunday morning killed her 5-year-old son before attempting to commit suicide at Engachura village in Bahati Constituency, Nakuru County.

Sharon Wangari stabbed her son several times with a kitchen knife at their home before stabbing herself on the stomach but was rescued by neighbours who rushed her to hospital.

According to her neighbours, they suspect that the woman committed the act following a marital dispute with her husband.

The woman was taken to Bahati Hospital before she was transferred to Nakuru Level 5 Hospital where she is undergoing treatment under police watch.

Citizen Digital understands that the woman is in stable condition and is expected to arraigned next week.

Nakuru North Police boss Jacinta Mwarania said the investigations are underway to establish the motive of the incident.

The boy’s body was moved to the Nakuru Level 5 Hospital. 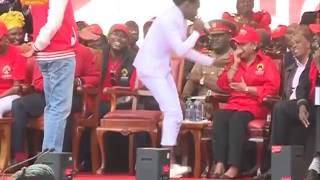