Add another name to the crowded field of Democratic presidential candidates.

“I’m a progressive who knows how to talk to working-class people and I know how to get elected in working-class districts,” Ryan said on ABC television’s The View. “Because at the end of the day, the progressive agenda is what’s best for working families.”

Ryan, 45, has represented northeastern Ohio — an area that voted for President Donald Trump — since 2002. Ryan was barely known nationally until 2016, when he challenged Nancy Pelosi for the key position of House Democratic leader, saying it was time to bring new blood to the party.

He says his representation of a blue-collar district gives him an understanding of the effect that lost manufacturing jobs has on people. Ryan accuses Trump of failing to keep his promises to bring back such jobs and says he will make new technology, such as wind and solar power, and electric cars, a priority.

There are 16 announced Democratic candidates running for the 2020 nomination. Polls show former Vice President Joe Biden — who is expected to run — would have the best chance of beating Trump next year. 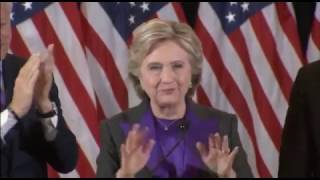