Okoa Wazazi: Man drafts Bill for Kenyans to give 20pc of wealth to parents

By George Amolo For Citizen Digital

A 65-year-old man from Ugenya has drafted a private ‘Okoa Wazazi’ Bill seeking to amend the Property Ownership Act.

Mzee Odhiambo Ogutu Randiga wants Kenyans compelled to be giving back between 10% and 20% of their property to their parents.

He wants the support of Ugenya MP David Ochieng’ to have the document presented to the National Assembly.

In his proposed Bill, Mzee Randiga says that since parents are the ones who usually take the responsibility of educating their children, they deserve to also enjoy the fruit of their sweat.

He says if someone dies, the 20% can be divided equally to both parents as a way of giving back to them.

Mzee Ogutu lamented that many parents have often remained beggars when spouses of their children inherit all the wealth.

He therefore wants the Property Ownership Act changed to allow parents to be automatically having a share of their children’s property upon their demise.

He opined that wills may not be adequate because at times they are allegedly fake or dismissed.

Mzee Ogutu insisted that parents can only be guaranteed their children’s wealth that they can automatically benefit from the wealth of their children if the proposal can be made into law. 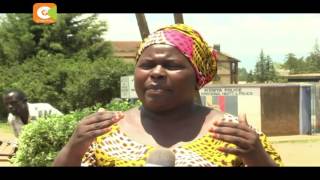 Story By George Amolo More by this author