Authorities have confirmed that the body of a woman found in the Dominican Republic is indeed one of the two American tourists who had been missing for two weeks.

Portia Ravenelle was identified using fingerprints, National Police Col. Frank Félix Durán Mejia said.
The National Police believe the car Ravenelle, 52, and Orlando Moore, 40, were in plunged into the ocean in the early hours of March 27, not long after the pair left for the airport to catch a flight home to New York.
Detectives spoke to fishermen who said they heard a loud noise coming from 19 kilometers (about 11.8 miles) away from the freeway of Las Americas, Santo Domingo Este early that morning, the
National Police said in a news release on Tuesday.

The fishermen said they found a woman who was seriously injured and not carrying any identification, the news release said.

She was taken by ambulance to the hospital with severe trauma and contusions to the head, hospital spokesman Dario Mañon said. Ravenelle died on April 4, before she was in a condition in which hospital officials could take her photo and share it with the media, he said.
Mañon told CNN that no family or friends had called the hospital looking for Ravenelle.

The fishermen also reported seeing a vehicle at the bottom of the sea, but because of rough conditions, divers have not been able to identify the vehicle, Durán Mejia said.

Police are still working to identify the body they believe is Moore’s, but they say they are sure both bodies of the missing pair have been found.
On March 31, the body of a man fitting the description of Moore was found at sea near Sans Souci, Durán Mejia said.
Authorities are hoping Moore’s brother can identify him by photographs of his tattoos. One tattoo, authorities said, is a right arm tattoo that reads “Milan.”
Moore’s friend Francesca Figueroa told CNN she confirmed to the police on Tuesday that Moore has a tattoo with his daughter’s name, “Milan,” on his arm.
“Everybody is devastated. Everybody is devastated,” Figueroa said. “His daughter is devastated, everybody is devastated, as I am, as my husband, as the mayor, as everybody in this town is because he’s well known in this town. You go on the corner, and everybody knows Orlando.

“Moore and Ravenelle were friends who worked together and decided to take a trip to the Dominican Republic, Figueroa said. They arrived in the country March 24.

Police now believe an accident caused them to drive off the freeway and into the ocean. Authorities said there was no evidence of foul play.

The case has not been closed, and Durán Mejia said there are still many unanswered questions around the circumstances of the accident.
The car the pair were in still must be examined, he said.
Traffic police investigators are conducting a review of the area around of the accident site, Durán Mejia said.
No police report was filed with respect to the location and there is no indication the pair’s vehicle hit another vehicle there, he said.
Autopsies of both bodies are underway, with results expected next week, Durán Mejia said. 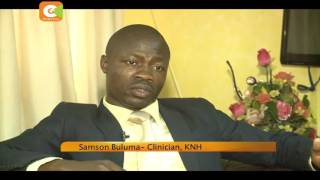