President Uhuru Kenyatta is next week expected to officially launch the 4K-(Agricultural) Clubs which will be implemented across all schools in the country following an approval by the Cabinet in February this year.

The launch scheduled to take place at the ASK Show Grounds along Ngong Road, Nairobi on Friday, June 4, 2021 will be attended by various Governors, key stakeholders, invited students and other dignitaries.

4K stands for Kuungana, Kufanya, Kusaidia Kenya loosely translated as coming together, to act, in order to help Kenya.

The 4-K clubs enabled learners to acquire basic introduction to farming concepts at primary school level. Using school gardens, pupils were taught how to tend to crops and rear animals. These Clubs, however, died off in the late 1990s.

Over the last two decades there have been attempts to revive the clubs at primary school levels but without a national steering plan.

In February this year, the Cabinet chaired by President Kenyatta approved the revival of yester years popular 4-k clubs saying this will interest more children in Agriculture and usher in techno-savvy Agriculture players.

“The return of the 4-K Clubs will focus on the value chains in the agricultural activities and include other thematic areas namely Environmental Conservation, Healthy Living & Nutrition, Civic Engagement, and Science, Technology, Engineering & Mathematics (STEM).  The 4-K Clubs will provide a holistic approach to positive youth development (PYD) at home, school and the community by building on the strength of the youth as active agents to community development,” says the Ministry of Agriculture.

The 4-K Clubs are expected to go hand in hand with the newly rolled out Competence Based Curriculum (CBC) and is also said to be in line with  the government’s Big 4 agenda.

“This initiative is in line with the Big 4 Agenda, particularly with regard to food and nutrition security ,and seeks to incorporate children participation in its roll out and implementation,” adds the Ministry. 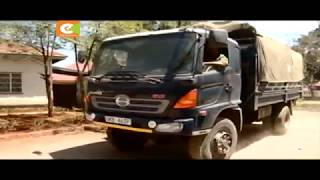