The Senate leadership on Tuesday resolved to push the debate on the contentious revenue-sharing formula to Tuesday, September 15.

The postponement, according to the Senate Speaker, Keneth Lusaka, will allow for consensus building.

Earlier on Tuesday, the 12-member senate committee had retreated to an informal sitting aimed at striking a deal before the sitting that had been planned for Tuesday.

The senate was poised to debate the disputed formula for a record 10th time, having failed to reach a consensus in the last 9 sittings.

The Wetangula-led  12-member committee is still yet to agree on a formula, almost three weeks after it was formed.

The Senate was to meet for a special sitting on Tuesday, August 25 but Speaker Ken Lusaka says that won’t happen until there an indication that the committee had reached a consensus.

According to sources, counties that were gaining in the third basis for sharing revenue have refused to budge, insisting on getting what they believe rightfully belongs to them.

Senate Majority Whip Irungu Kangata had proposed that the committee invites the leadership of the House to try and hammer out an acceptable solution.

Kangata said what was important was to get a solution rather than the speed of the process.

“We will wait for as long as we can, because we just don’t want to hasten the process, but we want to arrive at the best possible solution for all counties,” Kangata said.

The Senate has met and failed to agree on the best formula for nine (9) times with the sessions often characterized by high emotions and name-calling.

This even as counties continue to suffer as they have not received their shareable revenue for two months now occasioning nonpayment of county staff and stalling of development projects. 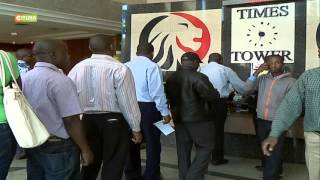