By Benjamin Wafula For Citizen Digital

The Supreme Court has upheld a ruling by the Court of Appeal requiring Deputy Chief Justice Kalpana Rawal and Justice Philip Tunoi to retire.

In a ruling made Tuesday night, the court however allowed the two to appeal the ruling once the court is reconstituted.

Supreme Court Judges Philip Tunoi and Deputy Chief Justice Kalpana Rawal had moved to court to contest the retirement age put at 70 by the new Constitution, saying they should stay on until they turn 74, since they are bound by the old Constitution.

The Court of Appeal had ruled that Rawal, 70, and Tunoi, 72, leave office in accordance with the new Constitution since they took fresh oath of office in 2010 and swore to protect the it.

The impasse at the Supreme Court led to calls for Chief Justice Willy Mutunga to extend his stay in office in a bid to ensure stability in the judiciary.

Mutunga, 68, who is set to vacate office on Thursday, however exuded confidence that the standoff will be resolved in time, noting that his decision to leave office early is aimed at averting a constitutional crisis come next year.

“I want to leave early because in August 2017 there will be no swearing in (of the president) if the CJ is not there. The process (of choosing a CJ) is lengthy and might cause a huge constitutional crisis. So I’m going to let the process start early,” he said.

The Judicial Service Commission (JSC) had wanted orders by Justice Njoki Ndung’u that allowed Justices Tunoi and Rawal to stay in office set aside.

Activist Okiya Omtata has similarly objected to the five-judge bench hearing and determining the case saying they were unlikely to be impartial since Chief Justice Willy Mutunga and Judge Smokin Wanjala sit in the JSC.

Further, Justices Njoki Ndung’u, Jackton Ojwang and Mohamed Ibrahim had previously objected to the retirement of the two embattled judges at 70.

Ibrahim cited the oath of office while Smokin and Mutunga said they sit in the JSC, with Mutunga saying he was part of the commission that called for the justices’ retirement at 70.

Justice Njoki and Ojwanga however stayed on, making it impossible for the bench to entertain the appeal.

Mutunga then read out the ruling that had been agreed upon by the majority and minority vote requiring Rawal and Tunoi to vacate office.

Rawal and Tunoi can still appeal the Court of Appeal decision when the Supreme Court is competently constituted, and at such a time when at least five judges will have no affiliation to JSC or have a pre-stated view on judges retirement.

But Rawal’s lawyer Waweru Gatonye and Tunoi’s, Pheroze Nowrojee, have applied to the court to stay its decision for 21 days to give room for their clients to think through the turn of events, and to also bar JSC from starting the recruitment process for DCJ and a Supreme Court judge.

The ruling will be made on Thursday at 11am. 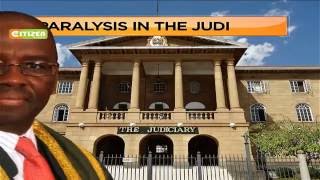 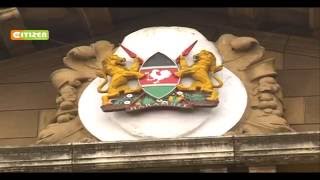 Story By Benjamin Wafula More by this author