The return of queen Conjestina: Boxer’s long road to recovery

By Bernard Ndong For Citizen Digital

Former World Boxing Association middleweight champion Conjestina Achieng is responding well to treatment at the Eden House Group Rehabilitation Center in Diani where she is said to be plotting her comeback.

Fans don’t have to wait for long to see Conje back in the ring if all goes according to plan. Word has it that the long awaited comeback into the ring will happen in March as a curtain raiser for her friend and fellow boxer Fatuma Zarika.

The 41-year-old pugilist has had a tumultuous year struggling with mental health issues but after the intervention of Nairobi Governor Mike Sonko she could reinvigorate her career.

The Diani beach in Kwale County has provided the ideal backdrop for Conjestina Achieng to train for the past two weeks, this being the first time she has been seen in public under less distressing circumstances.

Conjestina prefers running in the evening when the temperatures are cooler with her road to recovery firmly on course, according to counselors who have been monitoring her progress.

“She gets a chance to jog and exercise at the beach, she goes to a gym and does her training we are very happy with her recovery process,” said Prescott Mulwa, a  Counsellor at Eden House Rehabilitation.

Due to counselor- patient confidentiality, the rehabilitation center cannot divulge what Conjestina is being treated for after she was transferred to Diani from another center at the end of January.

“She completed her treatment in kabete, they felt she needed secondary treatment at a place she would be comfortable to train, away from exposure, she is very famous you can imagine everyone meeting her,” added Prescott Mulwa.

Her program is flexible and allows her to receive treatment, attend counseling sessions and train.

The 41-year-old is keen to recover in time and be match fit to curtain raise Fatuma Zarika’s fight against Zambia’s Catherine Phiri on the 23rd of March, 2019.

Loosely translated: “I’d like to tell Kenyans that the queen of boxing is going to make a comeback… Boxing is my career and I will never abandon this course.”

Conjestina’s doctors will however make the final call on whether she can be back in the ring after an extended period away from the sport. 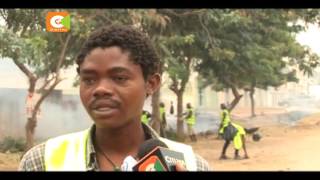 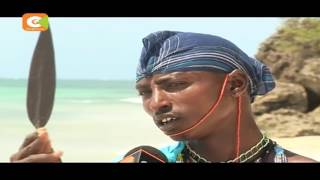 Story By Bernard Ndong More by this author