By Shadrack Ilava For Citizen Digital

Two people died and 40 others were injured on Saturday night after a 14-seater matatu collided with a mini-bus on the Mwingi—Kyuso Road in Mwingi Central, Kitui County.

Confirming the incident, Mwingi Deputy OCPD Nicholas Mutua said the driver of the mini-bus failed to keep on his lane and crossed the road, ramming into the oncoming matatu.

Two passengers; a man and woman, died on the spot while several others sustained injuries.

The injured were taken to Mwingi Level Four Hospital where a majority of them were treated and discharged.

The two vehicles were towed to Mwingi Police Station.

Man electrocuted to death at car wash in Kitui 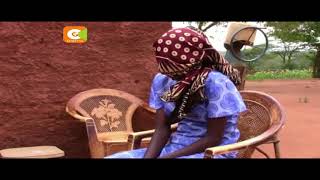 Story By Shadrack Ilava More by this author