Police have seized two firearms and 471 rounds of ammunition from the house of City lawyer Assa Nyakundi, as investigations continue into circumstances under which he ‘accidentally’ shot and killed his son last Sunday.

A pistol and the 471 rounds of ammunition of different calibre were found inside a safe in the master bedroom while in an adjacent room used as a library, at a shoe rack, detectives say they found one shot gun rifle.

According to investigators, Nyakundi’s Toyota Axion car was also subjected to ballistic examination and inside the vehicle, one spent cartridge was recovered under the mat of the front passenger seat and a bullet head of the same calibre was found inside the boot of the same vehicle.

Bloodstains were found on the upper left side of the back seat with a bullet hole visible about six inches from the blood stain on the backrest of the seat. The vehicle was also dusted for finger prints and samples collected for forensic examination.

Investigators have further disclosed that Nyakundi’s glock pistol which was recovered from him after the fatal shooting has been confirmed to be loaded with 13 rounds of ammunition and not 14 as earlier stated. The same has been taken for ballistic examination at the DCI headquarters.

Meanwhile, 60-year-old Nyakundi is recuperating at the Nairobi Hospital under police guard after suffering blood pressure complications while in police custody.

Mr. Nyakundi, who reported the shooting at Muthaiga Police Station, told police that the incident occurred on Sunday as he was driving to his Muthaiga North home from ICC Church on Mombasa Road with his 29-year-old son.

He claims that as they neared his house, he reached for his pistol from the right seat pouch and in the process to holster the gun, he ‘accidentally’ pulled the trigger, shooting his son, who was on the back seat in the chest.

The lawyer said the son was pronounced dead on arrival at the Aga Khan hospital where he rushed him. 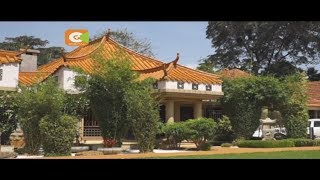 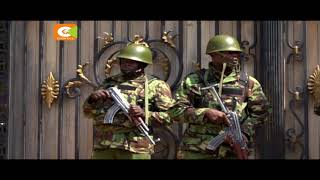