U.S. ‘gag rule’ linked to 40pc jump in abortions in parts of Africa

A decades-old U.S. government policy reinstated by President Donald Trump in 2017 that restricts international aid to NGOs that support abortion is linked to a 40 percent rise in abortions in some parts of sub-Saharan African, a study showed on Thursday.

The “Mexico City Policy”, also known as the “global gag rule”, also led to more pregnancies and lower contraceptive use among women in African countries reliant on U.S. foreign aid, the study in the Lancet Global Health journal showed.

The policy prevents U.S. federal funding from being used overseas to support any organization that performs or provides counseling on abortion.

Successive U.S. administrations have flip-flopped between rescinding and reinstating it along partisan lines since it was created by the Republican administration of Ronald Reagan in 1984.

“Our findings suggest how a U.S. policy that aims to restrict federal funding for abortion services can lead, unintentionally, to more – and probably riskier – abortions in poor countries,” said Nina Brooks, a researcher at Stanford University who co-led the work.

The researchers urged the United States, as the world’s biggest donor of development assistance, to recognize the health of mothers as “a global priority”, and warned that the Mexico City Policy’s knock-on effects could add to maternal death rates.

The study looked at induced abortion, contraception use and pregnancy rates between 1995 and 2014.

It used data from 26 sub-Saharan African countries over two U.S. policy transitions; from Bill Clinton to George W. Bush, then from Bush to Barack Obama, and compared rates in countries exposed to a greater or lesser extent to the policy due to reliance on aid.

The researchers used what they called a “difference-in-difference” method to identify any changes; in other words, they analyzed whether the difference between rates or abortion, pregnancy and contraceptive use in high-exposure countries versus low-exposure countries were significantly greater when the policy was in place than when it was not.

Results showed a significant 40% increase in abortion rates in exposed countries when the policy was active, as well as a 13.5% relative drop in the use of modern contraceptives, and a 12% rise in rates of pregnancy.

Stanford University’s Eran Bendavid, who co-led the study, said its findings had probably captured only a partial view of the policy’s harm to maternal health since knock-on effects of risky abortions were not measured.

“Because abortions are an important cause of maternal mortality, the increase in abortion uptake might also increase maternal deaths; and possibly disproportionately given that abortions under the policy could be less safe,” he said.

Man stabbed to death in attempt to stop fighting couple 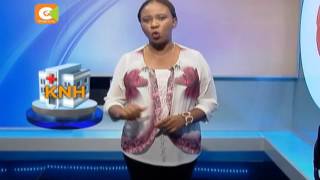 Abortion rampant in the country despite its illegal status