By Teddy Otieno For Citizen Digital

Uganda and Ethiopia have been ranked higher than Kenya in the UN’s World Happiness Report.

Ethiopia came in at position 85 followed by Kenya.

Kenya has gone down two places in the latest report that was released this week.

Tanzania stands at position 94 in the happiness index.

Mauritius island which polled at 44th globally, was ranked the happiest in Africa in the World Happiness Report.

It is followed by Nigeria and Ghana at 59 and 65 respectively.

Finland was named the happiest place for a fourth year running followed by Denmark, Switzerland, Iceland and the Netherlands.

The report focused on the effects of COVID-19 and how people all over the world have fared, with the data collected from analytics researcher Gallup across 149 countries.

Afghanistan, Lesotho, Botswana, Rwanda and Zimbabwe were deemed the unhappiest countries in the world. 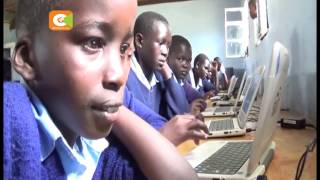 Story By Teddy Otieno More by this author