A handful of election losers in the last General Election have been awarded plum parastatal jobs as board directors and board members.

In what appears to be informed by the handshake deal, the beneficiaries are drawn from across the political divide.

Kitui Central Member of Parliament Joe Mutambo was picked to chair the Water Resources Authority while Gonzi Rai, who lost the Kinango Parliamentary seat in the last elections, has been appointed chairperson Kenya Fisheries Service.

Olga Karani, a confidant of Opposition chief Raila Odinga and ODM official, has been appointed to chair the Council of the Kenya Cultural Centre while former Kajiado Governor David Nkedianye is now the chairperson of the National Water Harvesting and Storage Authority.

Renowned Kenyan Athlete Paul Tergat, who is the current National Olympic Committee of Kenya (NOCK) President, has been appointed the chair Kenya Academy of sports Council while his counterpart Kathrine Ndereba has been appointed a member. 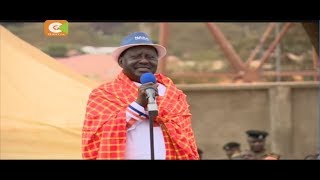