Cheating in college is nothing new. You did not invent it. As a matter of fact, you probably wrote a mwakenya in your day. No one is judging.

However, with the advancement of the internet, exam cheating has become a global, industrialized business and cash-strapped Kenyan graduates are in the thick of it.

CBS has uncovered a thriving, illegal essay-writing industry in Kenya that is assisting American students in cheating their way to the top of their classes.

Smart Kenyan graduates, according to the media outlet, have been eking out a living by assisting American students in colleges and reputable universities cheat in their exams by writing essays and even completing entire college degrees.

The industry is known as ‘contract cheating,’ and it has raised concerns about whether universities will end up becoming degree or diploma mills, given that some students do not even show up in class in some states.

According to the CBS, Kenyan graduates who are unable to find work have turned to illegal cheating to supplement their income, with some earning up to Ksh.200,000 per month.

According to the outlet, a Kenyan writer identified only as William earns at least Ksh.250,000 per month from writing gigs.

A tidy sum by all accounts.

William claims to have completed an entire undergraduate degree for an American student and is currently pursuing a Master’s degree for the same student.

“The client has promised me that I will also do their PhD,” William told CBS.

The Kenyan contract cheats are so good that William recalls being told to dumb down his writing after a student for whom he wrote a paper received 97 out of a possible 100.

The British and Australian governments led a campaign against the practice in 2019.

In the United States, the industry is thriving, and it’s especially difficult to shut down because essays aren’t plagiarized.

They are original works, just written by the wrong person. 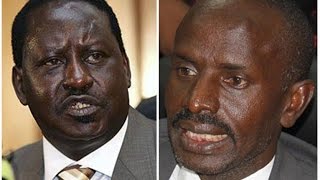