By Francis Gachuri For Citizen Digital

Former Attorney General Amos Wako has come out guns blazing after the American Government announced that he and his family are banned from traveling there.

Speaking from the Media Centre in Parliament, Wako said he is indifferent to the ban that also prevents them from conducting business with the U.S.

“Hii ni kitu kidogo sana. It will not affect my work as a senator or as a commissioner. I hope I’ll get headlines tomorrow, with my picture of smiling attorney general emeritus,” he said in jest.

According to him, the ban has been there but has been resuscitated by persons with ‘interests’.

The former AG maintained that he has no desire to travel to the U.S. adding that since the 2009 ban, he has only traveled there as a representative of the UN legal commission.

He further lashed out at U.S. Secretary of State Michael Pompeo for including his family.

“If I committed a crime, which I emphatically deny, I should be punished alone,” he said insisting that his family was not involved in any case during his tenure as Attorney General.

“My son is an adult who is successful in his own right,” he added.

According to him, the only allegation against him was lack of prosecution of corruption cases, a matter he says he responded to.

He revealed that he challenged the the American Government to prove their case but they were allegedly unable to do so in justification of the 2009 travel ban.

“It took over 6 months for my attorney to receive a reply,” Wako said.

The former AG on Wednesday demanded that Pompeo and his team make public any evidence they have against him, stating that ever since he retired from the Executive, he has not been linked to any corruption case. 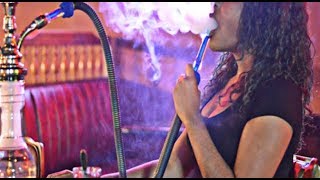 Story By Francis Gachuri More by this author