Walter Ojowi: Man who was locked up in house for 4 years after he became paralyzed

By George Juma For Citizen Digital

A 46-year-old man living with severe disability who had been locked up in the house for the past four years has been rescued.

Walter Ojowi from Kotuga in Suna West Sub County became paralyzed in 2016 and has been bedridden since then.

A team from the People Living with Disability network (PWD) in Migori found him after they launched a crackdown in the county.

He told them that he has never stepped out of house since he became paralyzed.

According to him, the door was always been locked from outside and only opened by family members to deliver food.

Mr. Ojowi further intimated that his wife deserted him because of the disability.

Chairperson for PWD Migori chapter Albert Matara said it was very unfortunate that some people living with disability spend years locked up yet mobility equipment is available.

He appealed to Migori residents not to seclude people living with disability and then handed Mr. Ojowi a mobility device. 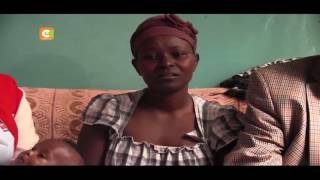 Story By George Juma More by this author