As if we needed further proof that everything revolves around Beyoncé.

The superstar singer didn’t even show up at this year’s Met Gala, and she still was the talk of the internet.

In 2017, fans also were deprived of her presence, given that she was very pregnant at the time with twins Rumi and Sir.

So this year her most ardent fans, known as the Beyhive, were looking forward to the singer serving up her best fashion on the red carpet.

And folks refused to be denied their Beyoncé moment despite her being a no-show again.

“Beyoncé arriving as the Holy Ghost,” one person tweeted with a photo of an empty Met Gala red carpet. “Stunniiiiiiiiiiiiiing.”

The meme took on a life of its own, proving that fans don’t actually need Beyoncé present in order to celebrate Beyoncé.

Fresh off her Coachella success, the singer reportedly is taking a breather before her joint tour with husband Jay-Z, which kicks off June 6 in Cardiff, Wales.

In past years, Beyoncé has been one of the biggest stars on the Met Gala red carpet.

Another star who has made a splash in the past skipped this year, too.

After West tweeted a photo of his wife all ready for the gala, she offered an explanation of why the rapper skipped the event.

“Love you babe wish you were here with meeeeee but you’re only finishing up 5 albums,” she tweeted. 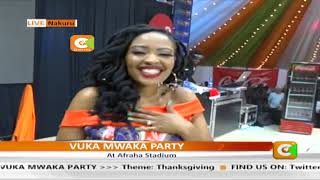