Woman, her daughter busted in Bungoma with baby kidnapped from Nairobi

A woman and her daughter believed to have kidnapped a three month-old-baby at Majengo estate in Nairobi were on Tuesday arrested in Bungoma.

Also Read: Cops rescue 1-month-old baby stolen from his mum at a salon in Homa Bay

Detectives from the Directorate of Criminal Investigations (DCI) who are based in Busia had been trailing the suspects from Nairobi for several days.

“The two; 47-yr-old Grace Akinyi Misiani and Nelly Achieng Misiani, 30 were wanted in connection to a February 15 incident where another one month old infant was stolen from Marachi estate of Busia, only to be found at the house of the 1st suspect’s 21-yr-old son, Tony Rogers Ochieng,” the DCI said.

In the latter incident, the DCI revealed that a 27-yr-old woman had left her child sleeping at her Marachi house at 9am and went to draw water from a nearby borehole.

On returning to her house, she discovered that her baby had been kidnapped. She began wailing and this attracted the attention of her neighbors.

They started looking for the baby and reportedly spotted Tony Rogers Ochieng trying to escape with the sleeping infant.

They cornered him, and after raining blows and kicks on him, escorted him to the police station.

Detectives later established that the second suspect (Nelly), a KMTC student in Bungoma who is married to a health worker at a Busia hospital, had terminated a 4-month pregnancy but hid this from her husband.

The three suspects are said to have tried to kidnap the first baby in Busia but when their plan failed, they attempted to abduct the second child from Majengo in Nairobi.

Unknown to Nelly and her mother, the Busia detectives working together with DCI’s Child Protection Unit were hot on their trail.

The duo who had escaped with the child to Bungoma landed in the detective’s snare.

“It has been established that the mother and daughter had been putting pressure on Nelly’s husband to send money to clear her ‘hospital bill’ after a safe delivery thus requiring proof to convince him,” the DCI revealed.

The rescued child is currently under the care of the Child Protection Unit pending identification and reuniting with the parents.

Meanwhile, detectives have launched investigations to establish whether a two-yr-old girl living with Nelly and her husband is indeed their biological child.

“…her birth certificate from a Busia hospital also appeared suspicious,” the DCI stated.

Further, more accomplices are being hunted down as part of efforts to fight child trafficking syndicates as well as sexual abuse and exploitation. 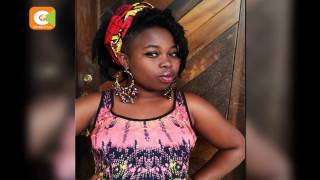